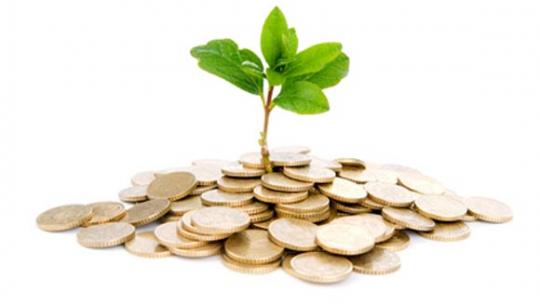 Micro finance companies emerged as the new form of inclusive banking. It reached out to the unbanked customers. However, it has its own set of regulatory issues. Money Laundering is one of the major regulatory challenge in this sector.

Example of Laundering through Micro finance

A builder has surplus cash on hand received through illegitimate sources which he decides to invest in order to camouflage the origin of this unlawful money. He gives the cash to a Microfinance Institution, which further distributes it in the form of small credit to several borrowers. These borrowers return the loan and also seek further credit, thus eliminating the trail of the unlawful money of the builder.

Furthermore, if the MFI is in cahoots with the builder, the small credit may be offered to kin or even ghost borrowers. Thus, rotating the funds in a legitimate but dishonest way.

This is not a hypothetical situation, but a potential and possibly prevalent scenario.

Data suggests that regionally, the highest concentration of microfinance accounts is in India. There are approximately 188 million accounts held under the umbrella of MFI’s. These accounts represent almost 18% of the total national population.

The contemporary concept of ‘microfinance’ has had its inception in the early 1970s in Bangladesh. Nobel Laurete Muhammad Yunus initiated the ‘Grameen Bank’ to empower the women of Bangladesh. In 70’s the bank was giving them small credits to become self-sufficient. The success of the Grameen Bank has taken the world by surprise. These efforts have also been replicated globally in the form of Grameen America.

The current structure of the distribution of microfinances is largely unregulated and hence most MFIs are relatively unaccountable for their actions regarding allocation of finances. The absence of stringent regulations leaves a lacuna which renders the institutions susceptible to activities beyond the purview of law. These MFIs appear to shadow deep rooted political agendas. Additionally, the possibility of MFIs leaning towards terrorist financing activities may not be ruled out.

Key people from the MFI Sector portray their initiatives to be a noble endeavour without any political interference or undue influential pressures- for the empowerment of the poor. But it has been observed that several MFIs from the list of Reserve Bank of India are run by politically exposed persons.

Biznexxus, compiles the industry risk reports. Their report reveals the risks associated with the Microfinance Sector. Politically exposed persons is a significant risk.

Many MFI’s have emerged from an NGO and the source of their funding is often unclear. A large number of NGOs with international interests and ample funding, are operating in the world today. These NGOs are considered to be the soft power of a country. Although NGOs are not formally associated with the government they are very much in cahoots with the political agendas of certain countries and help to accomplish them by rotating the money through MFIs

In India, Microfinance Institutions have been in the limelight for their wrongdoings. Politicians have been exposed for their involvement and many politically exposed Directors of MFIs have been identified for their misdeeds with the funds.

Tracking the legal bits of Virtual Currency regulations in India

Money Laundering Amit Retharekar
India's Apex Court finally lifted the ban on the crypto currency trading. It is important to understand the legalities involved in this crypto trading with the time lines.

Money Laundering Dr. Apurva Joshi
Gambling is banned on Indian soil. However, there is no act which prohibits the gambling in Air or water or even online. This creates a big opportunity for the...

The deep roots of shell companies in India