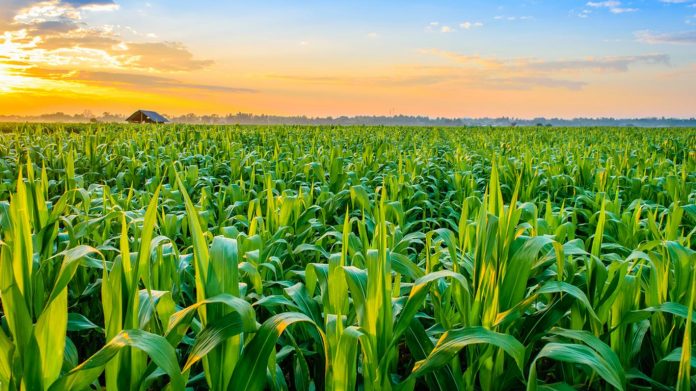 Today is March, the 31st; last day of the accounting/taxation year. Accountants and auditors are having a busy day finalizing accounts, similarly would be “smart” brains using colorable devices to avoid tax or disguise ill-gotten money. An important instrument of such schemes is using income derived from agricultural activities to hide illegal money.

Agriculture as they say, has been backbone of Indian economy, however some elements of our society have been using it to disguise tainted money and weaken the spine of our nation. So before we get to the actual crux of what this is, let’s look at this:

What is Agricultural Income

Recently, the Finance Minister of India elucidated the Parliament that the tax authorities are aware and conducting investigation, as prominent people are masquerading taxable incomes as agricultural earnings. Some mind boggling numbers from RTI query.

It is rather interesting to note that, the spike in agricultural income is during the same time, when Indian Government started investigating black money in offshore accounts. Just a mere co-incidence?

In 2016, when the Government of India announced demonetization of currency notes. But during the this period, Income Tax officers suspected that income attributable to non-agricultural activities was declared as agriculture income. Income Tax returns (ITR) revealed excessive income without adding to income tax liability.

Why is the agricultural route a greener pasture for launderers?

Imagine this, if I am a politician whose taken kickbacks for sanctioning projects, such cash is very easy for me to route declaring it as agricultural income. All I need is, purchasing agricultural land by legal income, getting the land registered under my name paying stamp duty and cultivating some crops just to make it appear genuine. So 2 crop seasons in a span of a year and the cash is easily routed to my bank account. I ensure that I pass this cash in Co-op banking institutions, where systems are weak, controls are poor; I just need a parking account anyway. Gradually, I transfer these amounts to my “hi-fi banks” through cheque or RTGS just below threshold limits, devoid of suspicion. Once done, one fine day I transfer the amount out of India, purchasing a yacht perhaps for my beach facing villa. Bravo!

I declare it as agricultural income, pay taxes on my other incomes. Effectively, I have sown tainted cash in my farm and cultivated legal income. Placement-Layering-Integration anyone?

What are the tax authorities doing about this?

Since agricultural income is not taxed, even if a particular assessee is selected for “scrutiny” assessment, which usually happens after 24-36 months; it is easy for him to show land documents evidencing ownership. (Eg: Record of Rights evidenced by 7/12 extract for showing land & ownership details in Maharashtra). The cultivation proof can be managed by a small paper from the Village Accountant stating crop, area covered, etc. Since there is no full proof system to check land ownership vis-à-vis cultivation to revenue earned; it’s “Achilles Heel” fraud waiting for the perpetrator to materialize.

Most of agricultural income based clients tend to bank with Co-operative institutions, due to the local patronage and poor controls. Especially the District Central Co-op (DCC) banks are one grey area that is a big fraud waiting to explode. DCC does not directly finance; they finance PACS (Primary Agricultural Co-op Societies) who in turn loan funds to ultimate farmer. So regulations, compliance and control; if exercised is on DCC Banks only and PACS is completely free.

With the excessive linkages and layering in this scheme of things, it’s ideal for disguising “trails” and using agricultural revenue as a front to convert illegitimate funds. Although, the regulators; RBI, Income Tax Department & State administered Revenue authority are aware of these facts, there are several practical issues. India is a land of diversity, not just geographically; crop pattern wise, season wise and even land measurement system wise. Central India uses, acres conveniently, south uses ounces and north bighas. Besides the rates determined for agriculture lands for stamp duty basis are low, which is used by several people to register documents at stamp duty rates and the excess portion determined by market value is paid in cash. Such illegal-unaccounted cash moves in Co-operative banks conveniently, transactions broken down in smaller values (smurfing) and use of money mules to route the money away.

So the ingredients and process of this scheme is like an ideal script for money laundering. The issue needs to be addressed with an updated, land record directory preferably in online mode and linked to PAN or UID so that linkages are possible. Imagine with the PMJDY (Pradhan Mantri Jan Dhan Yojana) ; the accounts opened in rural areas; if credited with amounts for sale of agricultural items and negating cash payments, the significant impact it will have on our economy.

RBI & FIU IND must ensure that Co-operative banking is not used as a vehicle for such illicit money conversion. The most common explanation one hears when bulk cash gets deposited in bank account is agricultural revenue or sale of agricultural property. The Co-operative banking staff must be educated to follow proper due diligence in such matters.

With the noise in Parliament, I am hopeful that certain lacunae in the system would be corrected and hopefully we would be able to curb this area of laundering.

Tracking the legal bits of Virtual Currency regulations in India

Money Laundering Amit Retharekar
India's Apex Court finally lifted the ban on the crypto currency trading. It is important to understand the legalities involved in this crypto trading with the time lines.

Money Laundering Dr. Apurva Joshi
Gambling is banned on Indian soil. However, there is no act which prohibits the gambling in Air or water or even online. This creates a big opportunity for the...

Money Laundering CA Mayur Joshi
The September 11 attacks was the reason for the Patriot Act in the United States. This led to an emphasis on new set of rules to combat money laundering...

AML Certification Rajendra Kulkarni
“Is it worth my time and money to get CAME?” The short answer to your question is yes, CAME certification can be of great value to you if you are trying to...