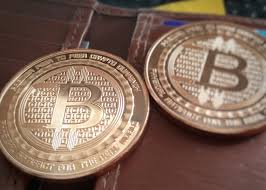 I am elucidating the sequence of events unfolded with respect to various regulatory aspects on virtual currencies in India.
The special interest the world has taken on “Libra” by Facebook has also landed on Indian shores. The following events have taken place in the past few months:

However the following events have also taken place on the legal front across years, which is the crux of this article. Let’s understand the sequence of events in a chronological order for better legal understanding:

The cryptocurrency industry has been open with its views that they seek regulation after consultation and research with all the regulatory bodies concerned adopting best global practices. They even submit before the Court, legislation like Wyoming in US, UK’s financial conduct authority, G20 nations position on the same, etc. They have also shown their willingness they reiterate in following self KYC, cashless domestic transactions only and constant monitoring of transactions from ML/TF perspective.

The Govt stand so far is confusing so say the least but as an entire new digital domain is being debated in the Supreme Court precincts; the war rooms of major corporate and financial conglomerates in India are keeping their tabs on it carefully planning their future move in these uncharted waters. As the entire cryptocurrency industry awaits the judgment along with hoards of investors locked in; as well as an entire legal community awaiting clear definitions spelt out by the Hon. Supreme Court.

4th March’2020 was a historic day, when finally Supreme court decided to lift the ban on the trading in crypto-currencies. This is a game-changer decision and it is important to see if the bankers start offering the services to the crypto currency companies. Now it is important for the banking system to re-look at the RBI Ban, which was reversed by the Supreme Court Decision to lift the ban on trading in virtual currency.