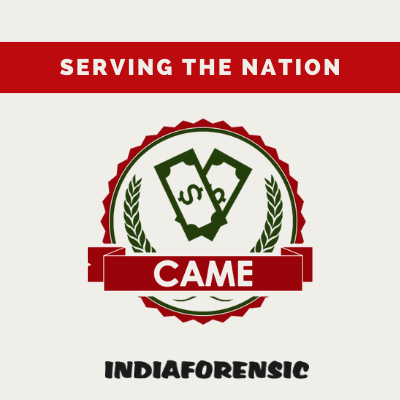 If we go 2000 years back in time, Money laundering existed and if we go 2000 years forward in time, it would still be in existence. This was sensed by the Governments across the world in the 1980s, the period in which organised crimes spiked which resulted in huge money laundering activities. It had a huge negative impact on the economies of some big countries. Somewhere the Global Organisations like UN, USA, European Union came to a conclusion to have strong Anti Money Laundering laws which were last created in the 1930s by the US.

Hence the movement to curb Money laundering started aggressively. This resulted in the birth of the largest Inter-Governmental Body called the The Financial Action Task Force. FATF was established in July 1989 in G-7 Summit I Paris. G-7 includes Canada, France, Germany, Italy, Japan, UK, US and European Union as members. The main objective of this Inter-Governmental Body with influence over 200 countries and jurisdictions is to set standards as well as to promote adequate implementation of legal, operational, regulatory measures to combat money laundering. The FATF monitors the country’s progress in implementing its 40 Recommendations.

Financial Action Task Force frames the rules and regulations for preventing the Money Laundering and Financing of Terror Activities. FATF is leading policy maker engaged in setting the standards and Frameworks for AML/CFT.  It is a Global Money laundering and Terrorist Financing Watchdog. It reviews AML/CFT techniques and strengthen the same periodically to address high risk entities.

FATF helps to identify the national vulnerabilities, which prevent protecting of an Inter Financial system from misuse. The FATF Recommendations sets out a broad framework of measures which the different countries shall implement to combat money laundering and financing of terrorism. Additionally, countries have different types of legal and operational framework. The FATF Recommendation also sets an international standard for implementing the measures. The FATF has issued 40 Recommendations in the year 1990 to combat the misuse of financial systems. Financial Action Task Force set up the standard of measures that countries should work on:

FATF to carry out evaluation of India’s Mechanism

FATF is the inter-governmental agency that deals with money laundering and terrorist financing. It carry out the evaluation of India’s established mechanism related to financial crimes. The evaluation of combating the financing of terrorism regime of India was based on implementation of the FATF standards. The main sources of money laundering in India takes place by committing a large number of illegal activities and criminal activities that are taking place in and outside the country.

In India, FATF will inspect the cases concerning money laundering, terrorist financing, corruption, confiscation. India is likely to undergo the process of mutual evaluation in the year 2021. Its almost after a decade. Though the analysis cycle repeats itself after few years, India has not faced any in last 10 years. Last evaluation report was published in 2010. That time India complied with most of the recommendations of FATF.

The Asia/Pacific Group on Money Laundering is a regional body that implements money laundering, terrorist financing and beneficial ownership standards. They evaluate India on behalf of International Organisation (FATF). The apex body to face the mutual evaluation on behalf of the country is FIU.

Financial Intelligence Unit, disseminates more than 65000 reports on financial crimes to various law enforcement agencies. APG review this mechanism of identification of suspicious transactions by the financial sector in India. Additionally, mutual evaluation ensures how difficult it is for the terror organisations using weapons of mass destruction to raise and move funds using Indian banking system.

CAME- The Certification of National Significance

Indiaforensic Center of Studies was founded in 2005 by CA Mayur Joshi. It imparts training, education and certification in Anti Money laundering, fraud examination, risk management and also forensic accounting. Indiaforensic provides the world recognized certification in forensic accounting, bank forensic in addition to compliance and AML education. These certifications are popular in financial institutions working in India. CAME has become a brand that has made a difference in the compliance and AML universe in addition to the anti fraud efforts.

Indiaforensic is a pioneer in the field of forensic accounting and Anti Money laundering in India. It offers 7 research based certifications in financial crimes domain.

India will have to face the FATF evaluation in the next few days. If FATF finds strategic deficiencies in the regime it adds country to the list of monitored jurisdictions. As of 2021 Pakistan is on the FATF grey list in addition to countries like Albania, Syria, Cambodia and Myanmar. Now it’s India’s turn to face the evaluation.

Besides the decisions to combat money laundering, one of the important milestones of this mutual evaluation is the AML certification of its own besides the United States. So this is where the CAME program is emerging as showcase to the world.

Showcasing the certification in Mutual Evaluation

According to Indiatoday,  Indiaforensic, an India-based agency  launched a Certified Anti-Money Laundering Expert Program in 2008. It has become a certificate of National Significance.  This program has become prominent and is also the most sought after certification in the AML domain. This program offers the global trends in the money laundering domain. CAME also enables the Indian bankers to identify the suspicious financial transactions that are taking place. The CAME course has created awareness among the people of how to combat money laundering. Certified Anti-Money Laundering Expert Program has gained national significance not only in India but also across the globe. India is considering to showcase this certification as the significant development in AML space during its mutual evaluation.