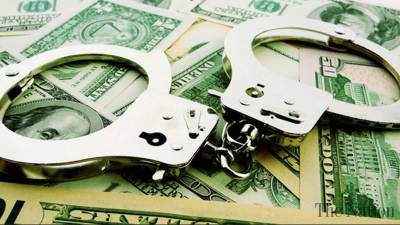 Today money has become important than oxygen. Surviving without money has become literally impossible. Everyone is in the race to earn money. People use different ways and means to acquire money. There are people who resort to legal ways of earning money while there are others who can go to any extent to acquire wealth. Such people mainly engage in illegal and unethical activities and commit various frauds or corruption schemes. If caught, they face serious consequences.

In order to acquire wealth below the table and declare its source as legitimate, people indulge in an activity called as money laundering. Money Laundering is spreading like a virus in the global financial institutions.

Historically, money laundering is in existence since at-least 2000 years. Chinese merchants cycled money through various businesses and complex financial transactions to hide the income from government bureaucrats. But the term gained glamour only when the accountant of Al-Capone found it difficult to explain the source of money obtained from illegal activities. This accountant purchased cash-only laundromats and used them as a front in order to disguise the source of the dirty money they were getting from prostitution, bootlegged liquor sales and other criminal activities

A common belief is that the term ‘money laundering’ originated because Italian members of the mafia in the United States, such as Al Capone .

Amount of cash flowing into the laundromat operations was hard for law enforcement to monitor, which means a lot of cash could sneak past the system unnoticed.

Indiaforensic, which imparts training and certifications on Anti Money Laundering, defines money laundering as any procedure that cleans funds of their criminal origins, permitting them to be utilized inside the financial system.

The laundering of illegal money occurs when the perpetrators move the ill-gotten cash through one or more several legitimate businesses or the bank accounts of the non-suspecting individuals to legitimize the illegally obtained amount of money.

Capone’s connection to laundromats may have given us the glamorous phrasing, however the act was going on from a long time before the twentieth century.

Frauds have been happening since a very long time. Whenever a person uses some new ways to commit a fraud, it comes into limelight. This is exactly what happened in the case of money laundering. If it wouldn’t have been Al Capone, then today the money laundering fraud would have had some different name.